On Sunday 10th April, a team from CTS, led by our Chief Operation Officer, Kev Tonge, set off for Poland with two vans packed full of essential items donated by colleagues from across the CTS Group, as well as from families, customers and suppliers. 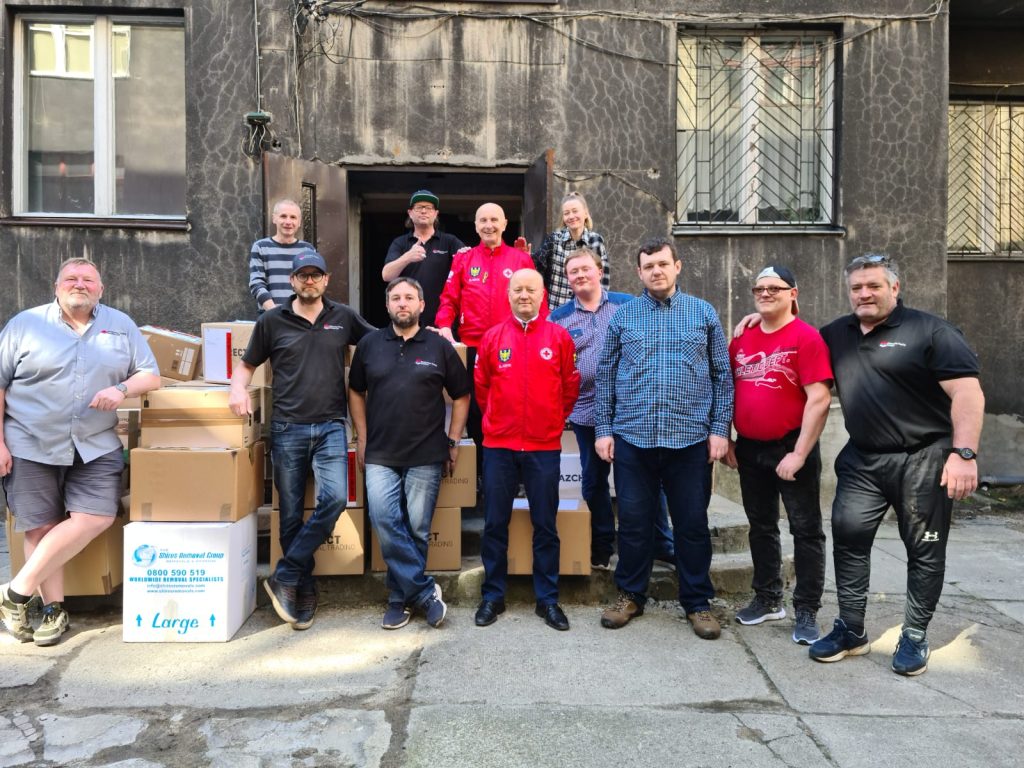 The teams started from our CTS site in Doncaster, calling at Harrietsham on their way to Folkestone to collect donation boxes from the southern sites. They then travelled via the channel tunnel arriving in Calais before starting the European leg of the trip driving non-stop through France, Belgium, Germany and into Poland, arriving in Katowice, Poland. The journey took them approximately 28 hours including delays and fuel stops and saw the teams drive 1118 miles to reach their destination.

The 140 boxes including a mixture of personal hygiene products, nappies and other baby products, tinned and dried food goods, power banks, new clothing items, children’s toys, colouring books and pet food were delivered to the Polish Red Cross who will be distributing the items to Ukrainian refugees who have fled the tragic conflict in their county.

Andy Tonge commented: “We have literally put a drop in the ocean, but at least we can say we have helped someone along the line at some point. The determination of the Ukrainian people is extremely sobering, and the generosity/union-ship Europe and the UK are displaying is absolutely phenomenal. The Polish people are on the front line in effect and are going above and beyond to look out for their neighbours. This brief period I have spent in Katowice has restored my faith in humanity and the world we live in.

A special thank you goes out to Hayley Davison and her team without none of it would be possible as they put a huge amount of effort into cataloguing and packaging the donations, Joanne Laythorpe for putting the itinerary together and who coordinated the trip, all the Mental Health First Aiders who coordinated collections at each site, and everyone who donated items from across the CTS Group, including Nicholls Colton, CGL, Silkstone and Mason Evans, along with the children from Fulneck Independent School, Collins Earthworks, Yorkshire Metal Recycling, Wordsworth Excavations and Invasive Weed Management.