CTS was appointed by Jackson Civils to complete a comprehensive materials testing package for the upgrade of the A2300.

West Sussex County Council had appointed Jacksons to upgrade the existing single carriageway road to a dual carriageway. The A2300 links Burgess Hill to the A23 and is an important route for people commuting to and from Burgess Hill.

The work involved the construction of a new two-lane carriageway, and in addition saw modifications to the existing carriageways and roundabouts, a 2.5m wide central reservation was installed with vehicle restraint barrier and associated surface water drainage, landscaping and planting measures.

The scale of the upgrade work meant that working closely with the client to ensure productivity continued moving at pace, was critical in keeping the project on track and that disruption was kept to a minimum. Providing continuity of CTS technicians working on the project, meant close collaboration with Jacksons and the teams working seamlessly to ensure project success.

The A2300 improvements scheme officially opened in April 2022 by West Sussex County Council’s Cabinet Member for Highways and Transport, Joy Dennis and has seen a vast improvement of traffic flow now the work has been completed. 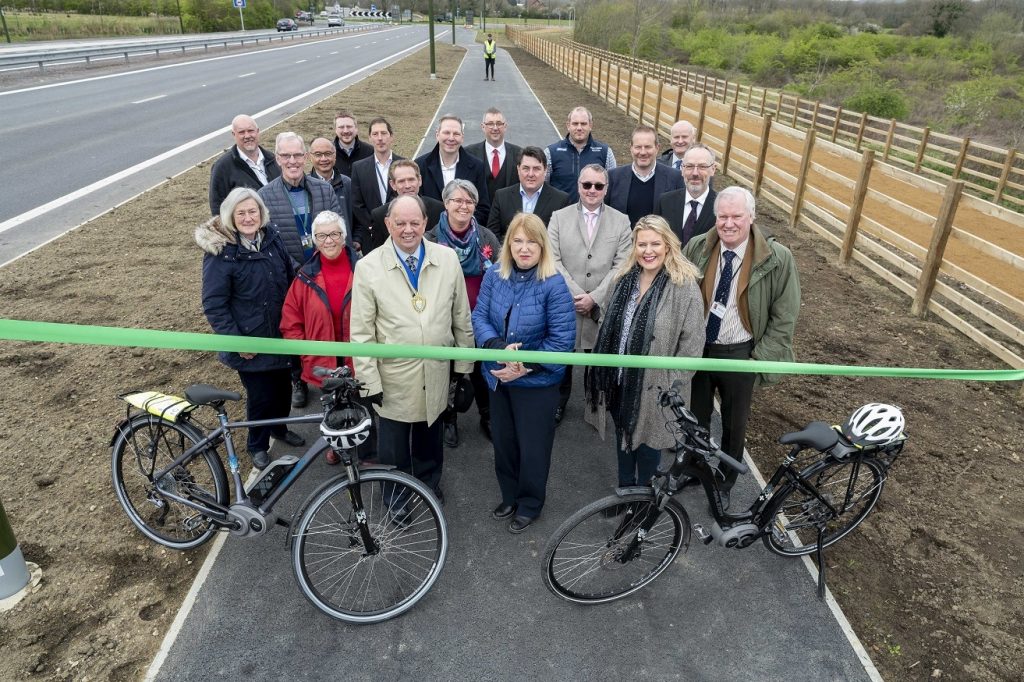